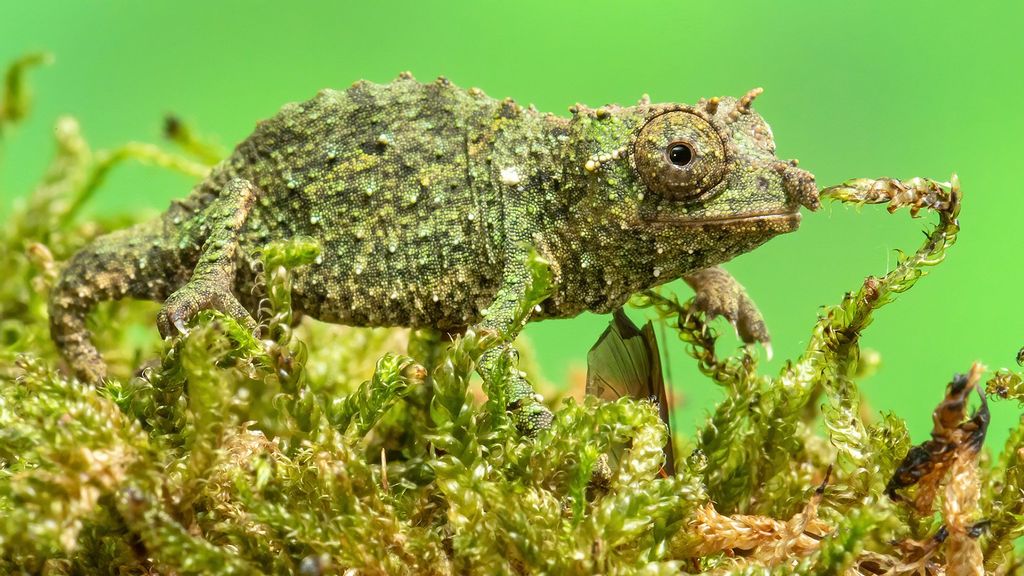 The 74 protected species of chameleons that were stuffed into socks and ice cream boxes and smuggled in a suitcase from Tanzania to Austria have now delivered offspring after adapting to life at the Vienna Zoo.

The Tiergarten Schonbrunn Zoo in Vienna, Austria, welcomed offspring of the rare chameleons that were brought to the zoo after customs officials discovered them during an X-ray scan of a man’s luggage in January 2021.

According to police, the man was initially traveling from Tanzania via the Ethiopian capital, Addis Ababa, and intended to sell the lizards on the black market for a value of nearly $44,000.

Illegal wildlife trafficking is “the fourth most lucrative global crime after drugs, humans and arms,” according to the World Economic Forum. The black market for trafficked animal can generate from $7 billion up to $23 billion each year.

Tanzania is home to 1,077 species on the International Union for Conservation of Nature’s Red List of Threatened Species, according to the Wildlife Conservation Society of Tanzania. Wildlife trafficking and poaching further threaten these species.

The man was immediately arrested while the majority of the chameleons that were in good health were brought to the zoo. Once there, they were given appropriate accommodations and a veterinary examination.

The offspring are clear evidence of how the zoo’s professional care has benefited the protected animals, according to Tiergarten Schonbrunn Zoo director Stephan Hering-Hagenbeck.

“Almost every tenth chameleon has now laid eggs,” Hering-Hagenbeck said. “In the wild, they would all be at risk of habitat degradation and smuggling.”

“The first chameleon to hatch was the Nguru pygmy chameleon, which is even threatened with extinction due to its small distribution area,” he added.

Nguru pygmy chameleons, or Rhampholeon acuminatus, are incredibly small and grow to only around 2.4 inches long, and their offspring measure up to only 0.4 inches when they hatch. The chameleon’s tail makes up half of its size.

The chameleons were a true challenge, even for the zoo’s experts, Tiergarten Schronbrunn Zoo curator Anton Weissenbacher said.

“These chameleon species have hardly received human care until now,” Weissenbacher said. “We contacted a few owners and obtained detailed research in order to meet the animals’ requirements.”

Weissenbacher explained how the zoo made a huge effort to prepare a separate room for the chameleons, and hired a zookeeper to provide special care for them.

As a result, a total of 12 young chameleons hatched in the past two weeks alone.

The zoo authorities hope to fight the extinction of these species by building reserve populations within their facilities.