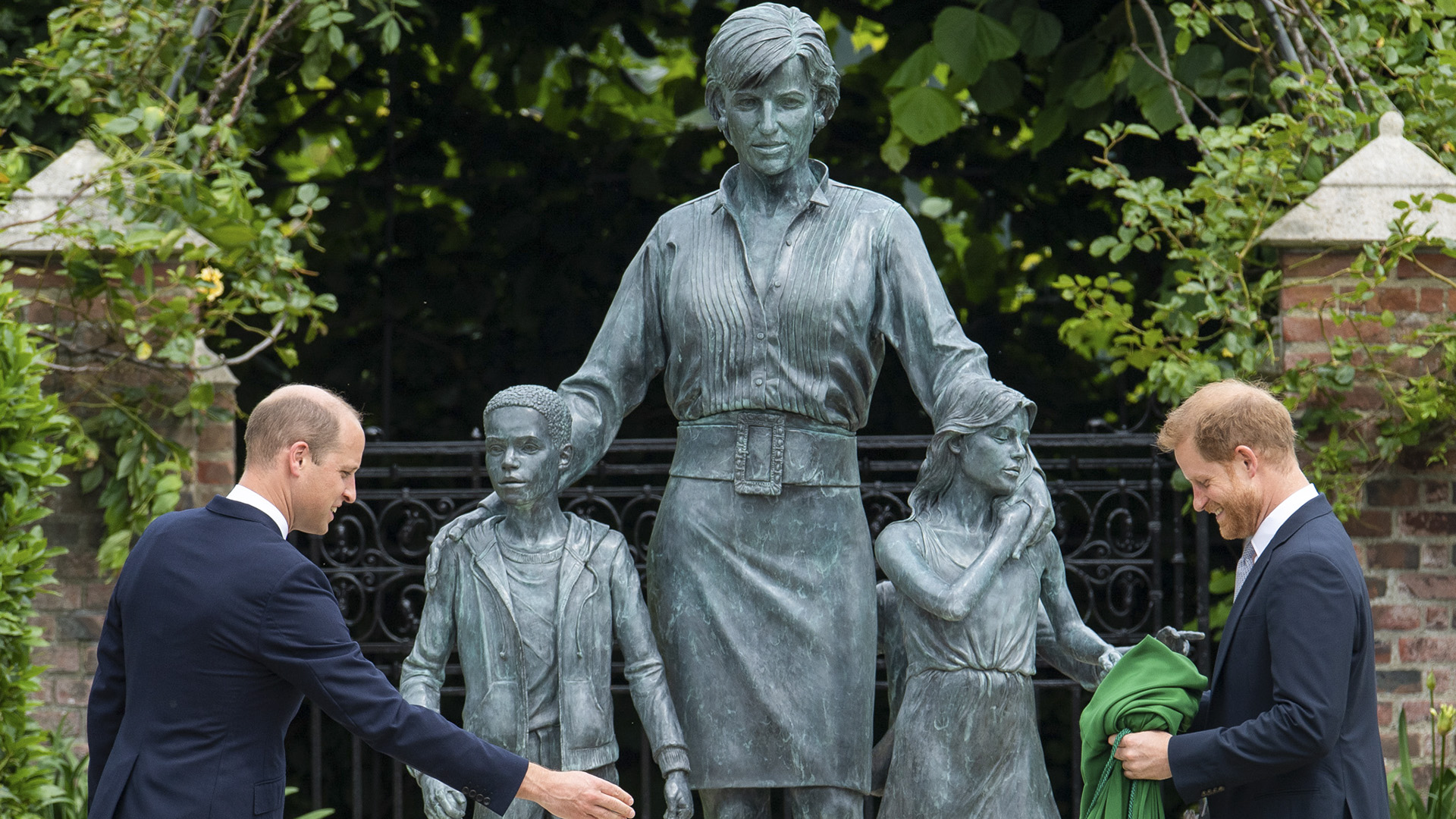 Ties between the brothers have been particularly frosty ever since the Oprah Winfrey interview with Harry and Meghan got aired.
The post Royal Sources Say ‘It’s Almost Impossible For Harry To Be Trusted’ appeared first on Zenger News.

WASHINGTON — Those hoping for a détente between Princes William and Harry were left sorely disappointed this week after the unveiling of the Princess Diana statue at Kensington Palace as the two princes barely spoke to one another and spent only 20 minutes in the same room after the ceremony.

As per a news report, the once inseparable brothers, who haven’t seen each other since Prince Phillip’s funeral, where William asked to not walk beside Harry, are still “warring,” and sources close to the pair said: it is “almost impossible for Harry to be trusted.”

The relationship has been particularly frosty since allegations were made that Markle bullied palace staff and the explosive Oprah Winfrey interview Harry and Markle did this Spring in which they claimed Markle felt suicidal and unprotected during her pregnancy.

“I was ashamed to say it at the time and ashamed to have to admit it to Harry. But I knew that if I didn’t say it, then I would do it,” said Markle in the interview.

“I just didn’t want to be alive anymore! That was a clear and real and frightening and constant thought.”

Additionally, she recalled how her husband, Harry, cradled her, and they sought help at the facility, but the senior staff refused.

“I told them that I have never felt this way before, and I need to go somewhere. I was told that I couldn’t, that it wouldn’t be good for the institution,” she said.

Particularly galling to both William and Prince Charles was, after the devastating Winfrey interview, Harry continued to dish about private chats to Columbia Broadcasting System’s (CBS) Gayle King — prompting the royals to refuse to have “one-on-one” chats with Harry because neither trusts him enough to speak with him alone.

“Despite William and Harry coming together this week for the sole cause of commemorating their mother’s legacy, Harry is very much on the outside. ‘They put on a show, did what they had to do to make sure the day went without a hitch, and said goodbye,” said a source.

Instead of delivering a speech, the royal brothers issued a statement together to mark the occasion.

“We remember her love, strength, and character — qualities that made her a force for good around the world, changing countless lives for the better. Every day, we wish she were still with us, and our hope is that this statue will be seen forever as a symbol of her life and legacy,” the statement read.

A news report said that the statue, which features Diana standing beside three children to represent her “generational impact,” includes a paving stone engraved with a message.

“There are the units to measure the worth of this woman as a woman regardless of birth. Not what was her station? But had she a heart? How did she play her God-given part?” it says.

As per a news organization, Harry, who left for America almost immediately after the statue unveiling, is now back with his wife Markle, who hasn’t seen her in-laws since Megxit.

The statue is constructed as a tribute to Princess Diana, who died in 1997 on her 60th birth anniversary.

An event for the statue was first planned for February 2017 but was scaled back because of restrictions imposed on the United Kingdom due to the Covid-19 virus.

The #COVID-19 injections have emergency use authorization only, which can only be granted if there are no safe and effective remedies available. Such remedies do exist, but have been actively censored and suppressed #COVID19 @cdc @cnnbrk @newtgingrich @FoxNews #vaccinated
View on Twitter
1
0

Dr. Robert Malone invented the #mRNA and #DNA #vaccine core platform technology. He has grave concerns about the lack of transparency of side effects, censoring of discussion and the lack of informed consent that these bring @cnnbrk @FoxNews @newtgingrich @newsmax @cdc
View on Twitter
1
0