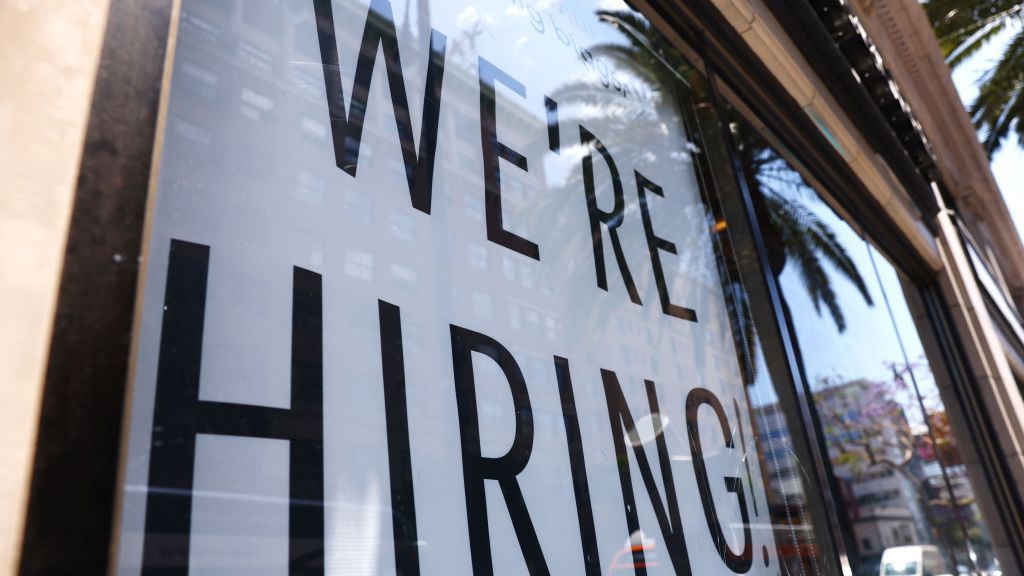 Continuing the upward trend as the U.S. begins to move out of the pandemic, the government reported that 850,000 jobs were added to the economy, though some economists said the data still painted an unsure picture of an economy emerging from an unprecedented pandemic slowdown amid a changing workforce.

The U.S. Bureau of Labor Statistics’ July 2 report showed the economy added nearly 300,000 jobs from the May report, where more than 550,000 jobs were added, more than double the amount of new jobs reported in April. However, the unemployment rate also rose slightly in June, up one-tenth of a point to 5.9 percent.

While the upward job trend is encouraging, Michael D. Farren, research fellow on labor economics and economic development at the Mercatus Center at George Mason University said the “unprecedented” nature of the coronavirus pandemic, and its changing recovery, make it hard to understand the current state of the economy.

“The economic numbers are good, but they might be telling a story that is not totally accurate,” Farren said. “Take all of the data that is coming out of the economy now with a grain of salt. Take all the criticism of the data, including mine, with another grain. We will have a decent idea of what happened later on, but now we’re still trying to see how this recovery takes shape.”

Adding jobs to the economy is undoubtedly good news, said Farren, noting that the unemployment rate also inched slightly upward, which he said was a reflection of the two separate surveys used to construct the monthly labor report. The contradiction between the two shows that economic data can send different messages.

Much of the uncertainty Farren cities in the current data comes from seasonal adjustments, which are used to account for job shifts that occur from seasonal employment trends.

“Without seasonal adjustments, it would look like we enter a recession every January, when retail workers leave temporary jobs following the holidays,” Farren noted.

While Farren said these adjustments are normally good for the report, applying them to the pandemic recovery may skew the true economic picture of the country. He said education and construction were two employment areas where seasonal adjustments seemed to paint an uncertain picture.

“What would make sense in a normal situation, today, that adjustment might not make sense,” Farren said. “The numbers still seem low, compared to what they could have been. There are factors that are holding people out of returning to the workforce.”

Other economists also raised questions about the “conflicting story” between a higher unemployment rate and bigger jobs numbers, according to a report from economists Jason Furman and Wilson Powell III for the Peterson Institute for International Economics.

“Part of the difference may be the result of noisy data, which is always an issue but is especially serious now in the rapidly changing economy,” they wrote in their monthly report. ”For example, if a self-employed person takes a formal job, that shows up as a job added in the payroll survey but no change in employment in the household survey. Other definitional differences include multiple job holders and farm workers. These issues around noise and definitions are a good reason why it is important to never place too much weight on any one number, especially for a single month’s noisy data.”

In this case, even the higher unemployment numbers can be a good thing, as Farren said that in the context of the higher payroll numbers, shows more people are returning to the workforce.

“The official unemployment rate only counts people who are actively looking for work, and if you aren’t, then you aren’t counted as being unemployed. Even if you report that you want a job,” Farren said.  “It shows people are coming off the sideline, which is necessary for a full recovery.”

Farren said a more relevant economic indicator was the labor participation rate for people 25-54, people at their prime working age, which at 81.7 percent in June, is still lower than the pre-pandemic high of 83 percent in January 2020.

While the labor market is adding jobs, it is still “very tight,” Furman and Powell III wrote, with less than one worker available for every job opening. Despite the good job numbers, the rate of unemployed people returning to work remained lower than expected.

“A number of factors may have been holding back transitions from unemployment to employment including the difficulty of putting a complex economy back together, continued fears of COVID-19, increasingly long-term unemployed workers, and enhanced unemployment insurance benefits,” the report said.

Some of the persistent unemployment may come from workers who don’t want to return to the office, as employers may need to calibrate compensation packages to account for more work-from-home flexibility, which is popular for some employees.

“It’s not just wages, but total compensation packages,” Farren said. “Some people are quitting, looking for more remote-friendly work. They are placing a high value on job flexibility.”

Meanwhile, the National Federation of Small Business, also confirmed that small businesses were trying, but struggling, to fill jobs. In a report released on July 1, it found that 46 percent of small business owners reported posting jobs they couldn’t fill, down slightly from the prior month, but still well above the historical average of 22 percent.

“In June, we saw a record high percent of owners raising compensation to help attract needed employees and job creation plans also remain at record highs. Owners are doing everything they can to get back to a full, productive staff,” said NFIB Chief Economist Bill Dunkelberg.

The post More Jobs, But Uncertain Picture, As Economy Continues To Recover From Pandemic appeared first on Zenger News.